← Migrant Solidarity Night and Other Updates
Fascists: Should We Just Ignore Them? →

Considering how wildly popular our “Guide to Far Right Symbols” has proved, we decided the only proper thing to do is write another one, looking at some less common symbols, or ones used in other countries.

Many of these symbols relate specifically to fascist groups in other countries, so you’re unlikely to run into them in a Brighton back alley, but as many activists regularly travel abroad (and our last article got hits from all over the world), we thought it’d be good to broaden our scope a bit.

Going back to the roots of fascism, the Fasces was initally a Roman symbol, supposedly showing how, when grouped together, individual twigs could be strong enough to resist being snapped. Strength through unity and all that. It was co-opted by Mussolini and his “National Fascist Party”. Since then, it has been used by many fascist groups and parties all over the world, but it’s use still mainly centres on Italy. 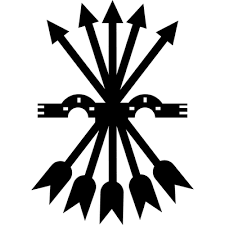 This symbol, called the Falange, was the symbol of Franco’s fascist government in Spain, 1939-75. Despite the fall of the dictatorship, some fascists in Spain still use this logo.

Part of the new wave of “Third Positionist” fascism (fascists that ape anti-capitalism to try and gain support amongst young people), CasaPound were formed in Rome in 2003 with the squatting of a goverment owned building and it’s subsequent transformation into a far-right social centre. Now CPI is active across Italy and uses the logo pictured above. They also have a student wing called Blocco Studentesco that uses the Fascist Flash as it’s logo. They have gained a certain degree of notoriety recently after a CPI-organised attack on an anarchist social centre in Cremona, northern Italy, led to one comrade being seriously hospitalised. 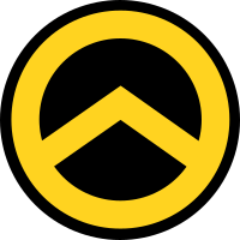 The Lambda is the symbol of another “Third Position” fascist group, Generation Identity. They aspire to have groups across Europe but have so far only managed to be active in France and Austria. They try to attract young people by shedding the traditional bonehead fascist image and presenting themselves as somehow radical, anti capitalist and revolutionary. They still, however, spout the same anti-muslim, anti-immigrant fascist shite.

Bit more of an obscure one now. This is the logo of a Romanian pre-war fascist group called the Iron Guard, Garda de Fier or, slightly more pompously, the Legion of the Archangel Michael. They were founded by Romanian Fascist Politician Corneliu Codreanu in 1927 and he went on to lead them until his assassination in 1938. This one’s very rare, so 10 points to anyone who spots it being used by modern fascists! 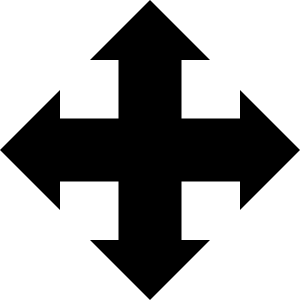 The Arrow Cross is a fascist symbol first used by a Hungarian fascist party, the inventively named “Arrow Cross Party” who were active 1935-45. Since then it have been used by many fascist groups and organisations worldwide, and is commonly seen as a patch on boneheads’ jackets. 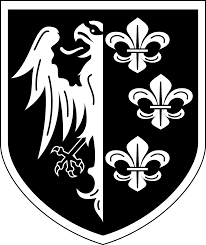 This crest was the logo of the French SS division “Charlemange”. It is often used by French boneheads as an alternative to more obvious neo-nazi symbols.

This logo is used by the bizarre “Creativity Alliance” or “Church of Creativity”. They are a strange, cultish white sumpremacist group originating in the US, but flags with this logo have been appearing more and more on UK far-right demos. Stickers with this logo on has even been appearing in Brighton, a fact so outlandish it even got it’s own article in the Argus. The “W” stands for white (obviously). 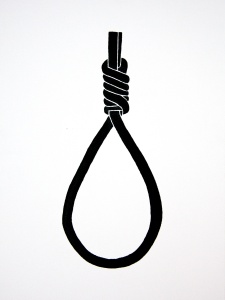 The Noose has been a far-right symbol for decades, being used by everyone from the KKK to the National Front. Generally, it symbolises a willingness to kill your opponents, or sometimes to re-instate capital punishment. Regularly seen as tattoos or on National Front flags.

The “White Power Fist” is another one nicked straight from the left. You can tell it’s far-right cos it’s always white and the fist shown is a right hand rather than a left one. Usually seen with the words “White Power” or “RAHOWA” (Racial Holy War).

Pitbulls are commonly used as logos and tattoos by far-right boneheads in Russia and the US because of their percieved strength and violence.

The Tyr Rune is another nordic rune appropriated by the Nazis. It was originally used as the logo of the leadership school of the SA, and an SS division. However, it is also used by innocent neo-pagans and heavy metal fans. It’s use needs to be judged on the individual context.

The Valknut is another Nordic symbol, this time representing Odin. It is used a lot in the far-right Odinist scene as a tattoo. Again though, it is also used by non-racist pagans and fans of Viking Culture, so it’s use should be taken in context. 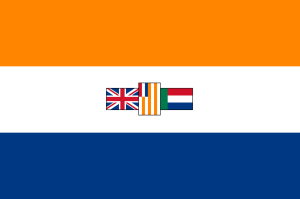 This was the flag of South Africa under Aparthied. It is still often used by white supremacists in the US and UK, as well as South Africa. Recently seen carried as a banner by UK neo-nazis “National Action”, and adorning the vest of the Charleston shooter, the white supremacist terrorist Dylann Roof. 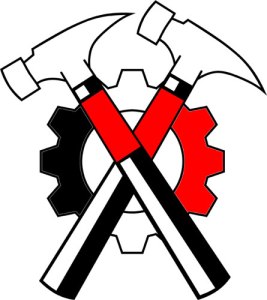 This is the logo of one of the biggest neo-nazi bonehead gangs in the world, the Hammerskins. They’re mainly active in the US, but have also been spotted in many European countries. Usually a tattoo or jacket patch. 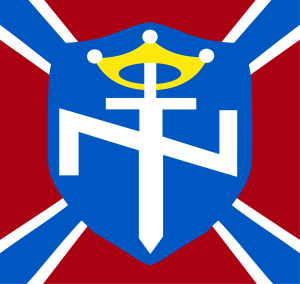 This logo clearly shows a Wolfsangle rune crossed by a sword. It is the logo of the Aryan Nations, a neo-nazi “religious organisation” founded in the 1970s as a militant arm of the bizarre “Church of Jesus Christ-Christians”. They have been described by the FBI as a terrorist threat.

This flag is unlikely to be mistaken for anything but a nazi flag. It’s the logo of the American National Socialist Movement, first formed in 1974 by former members of the American Nazi Party. The NSM describes itself as the “largest and most active” National Socialist organisation is the US, but bizarrely objects to being called neo-nazi or racist, prefering to call themselves a “white civil rights organisation”. Whatever the fuck that means…

ROA – Race Over All

RAC – Rock Against Communism, a group of white power “musicians”

28 – The second and eighth letters of the alphabet, B&H or “Blood and Honour”

ZOG – A hilarious one, this. Always makes you think of aliens in crappy sci-fi B movies. What it actually stands for is “Zionist Occupied Government”, the far-right antisemitic conspiracy theory that Jews are in secret control of the Government.

Obviously, this isn’t an exhaustive list. There are as many far-right symbols as there are boneheads with shit tattoos. But if you do see any of these, it’s a fair bet you’ve got a fascist on your hands. See you on the streets comrades!

← Migrant Solidarity Night and Other Updates
Fascists: Should We Just Ignore Them? →