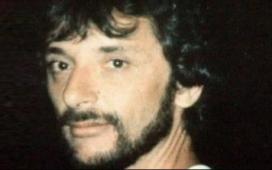 Thirty-five years ago today, the National Front held its St George’s Day
election rally in Southall. The rally was a deliberately provocative. The
National Front had no electoral base in the area; they sought to intimidate
local people, especially the West London Asian community.

On that day, 23rd April 1979, Blair Peach was killed as he protested
against the presence of the National Front in Southall and their attempts
to stir up hatred in the area in which he lived. He was struck on the head
by a policeman in the Special Patrol Group. Taken to hospital with a
suspected fractured skull, he died in the evening. When the Coroner finally
released Blair Peach’s body, more than 10,000 people joined his funeral
procession.

The Cass Report, suppressed for thirty years, admits he was ‘almost
certainly’ killed by a police officer. His partner, Celia Stubbs, who has
campaigned for truth about his death, wrote: “Blair was not a martyr. He
was an anti-racist who responded to a request from the Southall community
to support them at a demonstration to show the National Front was not
welcome there.”