← Oxford vs The EDL! 1-0 to the Locals
Against neo-Nazi terror – this Sat 23rd in central London →

It’s been a busy weekend for Brighton Antifascists, despite the March for England not even trying to hold their annual crap-fest of a march this year.

The weekend began early with “Pompey” Dave Smeetyon (leader of March for England) and about 10 of his sad looking mates turning up in town  on Thursday to celebrate St Georges day by doing a quick photoshoot on the pier then spending the rest of the evening hiding in the beer garden of the King & Queen, checking nervously over their shoulder in case antifascists turned up. Despite various threats they didn’t try going within 100m of the Cowley.

On Saturday, some Brighton Antifascists made the long journey to Blackpool to oppose the actual, relocated, March for England, alongside 70 or so antifascists from London, Manchester, Sheffield, Birmingham and further afield.

Despite lots of big talk beforehand about hundred and hundreds of nationalists turning up, only about 40 actually made it to the march, with other, smaller groups wandering between pubs. Around 25 yards into their march, antifascists blocked the route, leading to the police turning the MfE around and ending their march. That was it, 40 people marching 50 yards in the pouring rain. Even the “commie hunters” who didn’t go on the main march failed, getting themselves nicked after trying to start a fight with some antifascists right in front of the old bill. 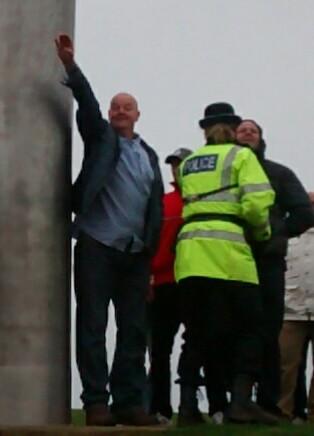 Sieg Heils at the “family friendly, not racist” March for England.

The march was notable for the fact that, despite organiser’s promises of a “family friendly, non-racist” day, neo nazis and white pride wankers were everywhere. Even fascist wannabes National Action turned up, took a photo (and a nicking) and went home again.

Even the fash are admitting it was a terrible day. Far-right facebook pages are full of posts complaining about the whole day being a washout, including this gem: 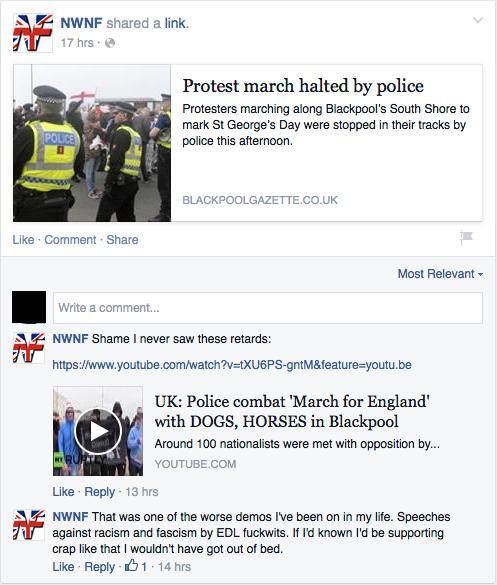 The march was apparently “not racist enough” for the National Front.

After the “demo” was over, antifascists marched the route the fascists hadn’t managed to complete, took a quick photo, then headed home, safe and with no arrests. 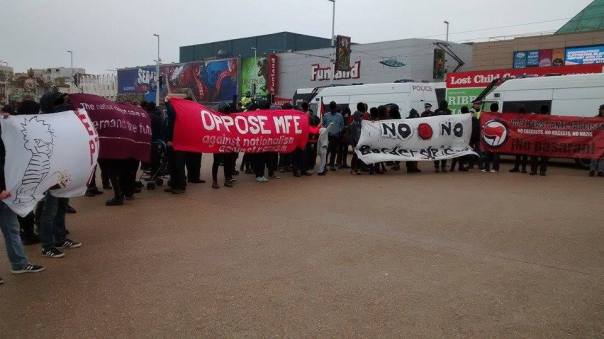 On Sunday, StopMfE hosted a community picnic on the Level in the centre of Brighton, celebrating Brighton being fascist and racist free for the first time in several years. Various activist and community groups had stalls, tea and cake was serveded and people generally celebrated not having to yell at and confront Nazis. Despite threatening the event, far-right bottle-jobs “Pie and Mash Squad”, surprise surprise, totally bottled it. 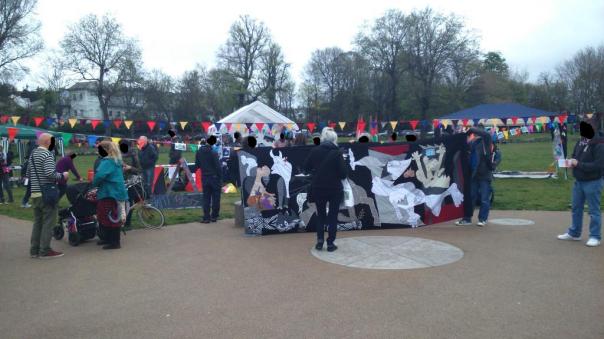 The Level is fascist free.

Even though the weather wasn’t great, we had a good day networking and talking to people about antifascism (and flogging t-shirts!). All in all, a busy couple of days, but very successful. It’s worth noting that some fascist groups have already stated their intent to come back to Brighton next year, so I’m sure we’ll see you all on the streets soon.

← Oxford vs The EDL! 1-0 to the Locals
Against neo-Nazi terror – this Sat 23rd in central London →