The EDL have announced a national demonstration in Brighton on April 18th! Our comrades over at StopMFE have issued a call out to block them!

The far-right English Defence League have announced a national demonstration in Brighton on 18th April 2015. With no Islamophobic issue to hang their demo from, it is clear the EDL simply want to cause trouble for the residents of Brighton because we are a tolerant and diverse community that has successfully defeated the racist March for England. 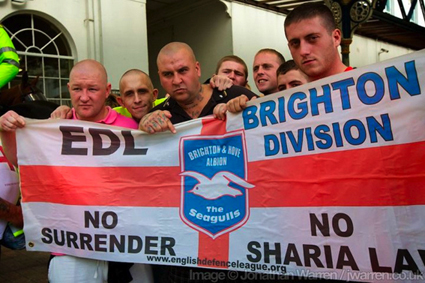 EDL in Brighton on a March for England a few years ago.

StopMFE are disappointed that the EDL have decided to bring their drunken, racist caravan to Brighton. In previous years, Brightonions have risen to the occasion brilliantly in successfully seeing off the March for England with colourful mass demonstrations and blockades. We call on all the vibrant communities of Brighton to unite and stop the EDL’s message of hate. 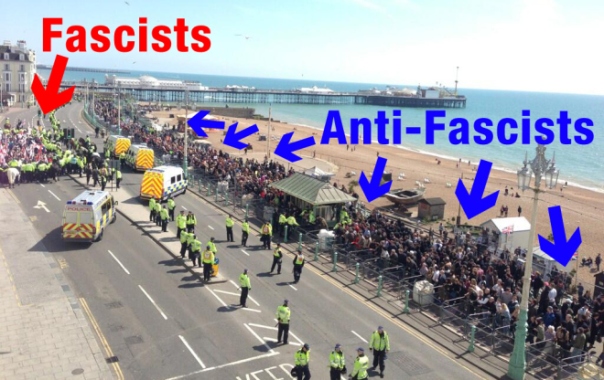 The March for England…

Posted on February 22, 2015, in Uncategorized. Bookmark the permalink. Leave a comment.