March for Engerland decided to call it a day 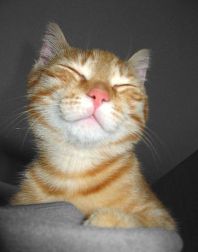 After yet another humiliating defeat on the streets of Brighton in April 2014, our regular visitors from “we are not racist, honest” March for England decided to call it a day and to organise their shambling procession somewhere else in 2015. We can only say well done to all those who contributed to this victory of humanity over primitive racism and nationalism of MFE and their allies on the far right. Perhaps Dave Smeeton found out, that next year he couldn’t count on a massive police presence to protect his knuckledragging racist mob from the antifascist protesters? After all during last three years MFE marched only because cops made it possible for them. Perhaps they also finally realised that nearly everybody in Brighton hates them and more and more people were going out on the streets to oppose them, whereas their own numbers were diminishing rapidly.

Here’s what Stop MFE had to say about it: https://stopmfe.wordpress.com/2014/09/17/march-for-england-to-leave-brighton-alone/

Posted on September 17, 2014, in Uncategorized and tagged Brighton, March for England, stopMFE. Bookmark the permalink. Leave a comment.